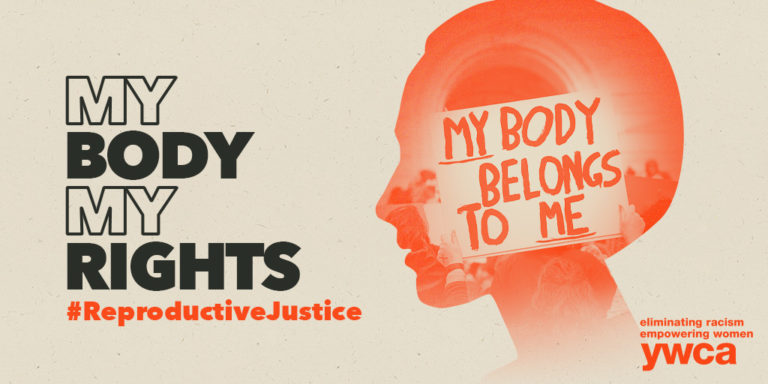 Draft Language:
Use the draft script when you contact your representative, but be sure to make it personal!

Get the Word Out
Share this info with your network to make a larger impact.

In a leaked draft, the Supreme Court establishes its intentions to overturn Roe V. Wade, the landmark decision that provided the right to privacy and abortion for people in the United States.

Make no mistake—the decision to overturn Roe V. Wade is an attack on human rights that has been gaining political momentum among a small but loud faction since the initial decision. The right to safe, accessible abortion for all people must be one that we reaffirm as people and constituents, and that our elected leaders embed into law, to end the constant attacks against privacy and institutionalize the right to abortion.

YWCA Columbus affirms the right of bodily autonomy and access to safe, legal abortion for people of every gender.

We have been preparing for this. This fight is not over. Abortion is still legal, and we stand with our partners in the work to keep it that way. Our mission remains the same—to eliminate racism, empower women, and promote peace, justice, freedom, and dignity for all.

Abortion access is fundamental to our mission. We know that abortion is not the last frontier; we will continue fighting against decisions that repeal human rights, at every turn, especially ones that impact people at the intersection of race and gender oppression.

Join us in telling Congress to pass the Women’s Health Protection Act and taking a stand against Ohio House Bill 598.