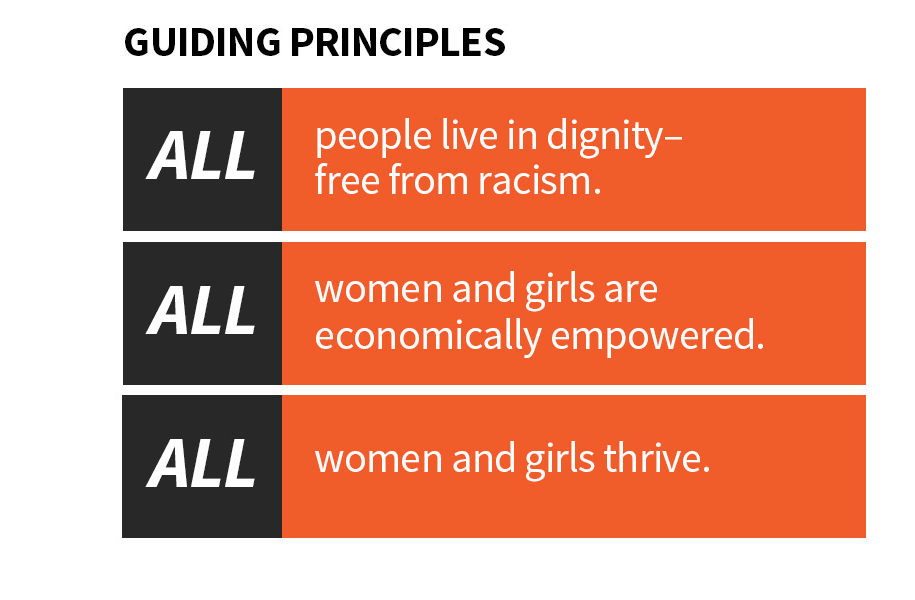 ON A MISSION TO
CREATE SYSTEMIC CHANGE

With the help of our board of trustees, YWCA Columbus has adopted a courageous advocacy and engagement agenda, because we know that programming alone is not enough; we need policy changes to help us fulfill our mission now and over the long-term. Our agenda includes increasing the number of affordable housing units and programs that stabilize households, removing the barriers that racism and inequity create, increasing economic mobility for women and people of color, and investments in young women and children.

Show Up and Speak Up

At YWCA Columbus we truly believe that we all have to speak up and show up. We must act boldly and confront big problems so that we can build a more equitable community—changing policy not just delivering programs. We need you to be with us and take a stand for dignity.

WHERE YOUR YWCA SHOWS UP

Recently, we’ve seen the city of Columbus making great strides toward equity, and we’ve been happy to be a part of it:

Your YWCA is part of the steering committee for the Rise Together Blueprint through the Franklin County Commissioners, which includes more than a hundred goals and action steps to target the causes of poverty.

Your YWCA is part of the Economic Mobility Coalition, which aims at reducing poverty, thus reducing homelessness in Central Ohio.

Your YWCA helped organize and lead a coalition of Ohio’s YWCA organizations to advocate for resources in the State Budget. Currently, there is an earmark of $1 million dollars for the 14 YWCAs across the state of Ohio to share.

Your YWCA has been part of moving the community forward with declaring racism a public health crisis, locally and with our statewide Ohio Coalition of YWCAs

As We See It, These Numbers are Unacceptable

headed by a female single parent live in poverty.
[THE OHIO POVERTY REPORT, 2018]

are African-American (and comprise 22.3% of the total Columbus population).
[COMMUNITY SHELTER BOARD, SPRING 2018]

Ohio women earn $0.75 to every dollar men earn, and women of color earn even less.
[OHIO WOMEN AND THE WAGE GAP, APRIL 2017]