For nearly 40 years, we’ve gathered during lunch for Women of Achievement. Each year, we have honored a select group of women in Columbus who have made extraordinary contributions to their families, workplaces, and communities. Passes for 2023 are available now!

Meet Our 2023 Women of Achievement Honorees 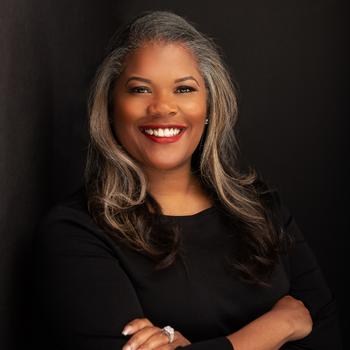 Judge Beatty Blunt has dedicated herself to increasing access to justice and educating citizens about their rights. After a decade as a trial court judge, she was elected to the Ohio 10th District Court of Appeals, the first Black woman to serve in that role. In addition to numerous civic activities in and around the justice system, she also teaches about the Supreme Court of the United States at the University of Michigan Ford School of Public Policy. 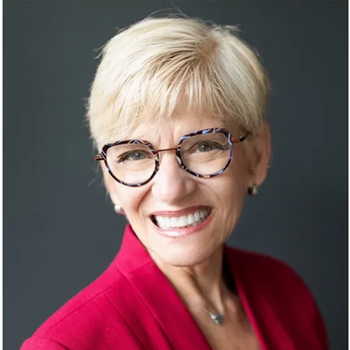 With over 35 years of experience in government and the nonprofit sector, including 14-plus years as a Franklin County Commissioner, Marilyn uses her background in organizational development to work on social justice issues. In her many roles, she coaches and trains diverse leaders and looks for ways to build relationships among people and groups who never imagine they share common ground.

She is now a consultant, helping small businesses and nonprofits be the best they can be. Marilyn and her husband, Eric, have two daughters and three grandsons. The Browns have lived in the Short North area for over 30 years. 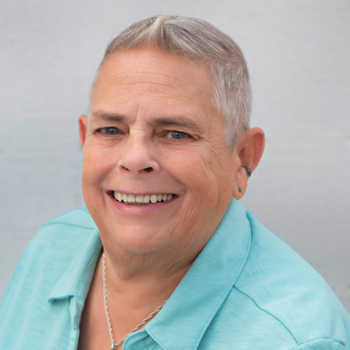 Chris is a 1977 graduate of Hiram College. She started Alternative Auto Care in 1983 to create a women-centered auto repair shop and build a place where women could work in the field without the sexism typical of the industry. Chris believes auto repair offers women access to economic equity.

Her advocacy also extends to her 40 years of service around LGBTQ equality. Her roles have included sitting on many LGBTQ organization boards. Currently, Chris is chair of the Columbus Community Relations Commission and serves as LGBTQ community liaison to the mayor. 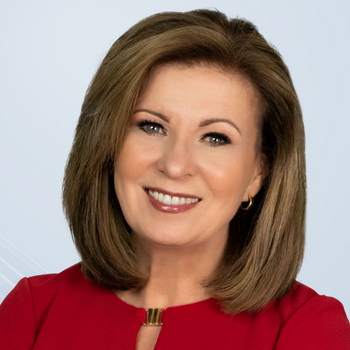 Colleen is an award-winning anchor at NBC4 News and the host of The Spectrum, the longest running political program in Columbus. She is also a lawyer, who has practiced as a corporate litigator and family law attorney.

She is an eight-time Emmy winner, honored for investigative, political and feature reporting, and was honored with a National Gracie Award from the Alliance for Women in Media Foundation.

Colleen also was named a Silver Circle honoree by the Ohio Valley Chapter of the National Association of Television Arts and Sciences. She is an advocate for a number of organizations, notably the Central Ohio Alzheimer’s Association, which she has served for more than a decade in memory of her mother. 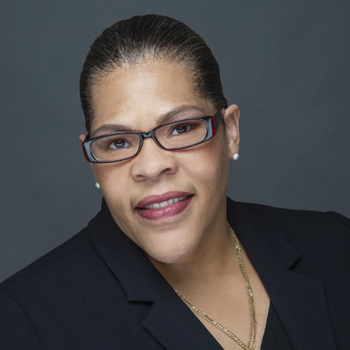 Dr. Palmer is an audacious and compassionate leader on the front lines of criminal and social justice reform. Her work extends to local, state, and national levels as the voice for the voiceless. Dr. Palmer utilizes her lived experiences as the driving force for systematic change.

She has been deemed an expert in a variety of areas by Ohio leaders, offering guidance on legislative improvements such as Care’s Act 2.0, Second Chance Act, and Ban-The-Box. Her work has also earned her a place in the Hall of Fame at The Ohio State University College of Social Work. She was the 2022 National Social Worker of the Year and the Kevin Dickenson Diversity, Equity, and Inclusion Champion. 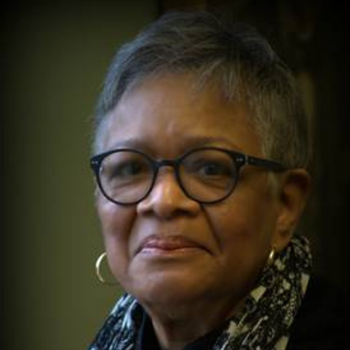 Bettye is an artist, collector, and curator who began her career as an arts specialist and center director for Columbus Recreation and Parks, where she worked for 30 years. In 1989, Bettye became cultural arts director and curator for the King Arts Complex, educating youth, supporting artists, and developing nationally significant exhibitions for 25 years. In 2004, Bettye became an independent curator, lifting up Black arts and culture through organizations across Ohio.

At 91 years young and after seven decades of sharing her wisdom and talents, Bettye is still a force for the arts and a true Woman of Achievement.

« View all Past Honorees

Women on the Rise are young women at the beginning of their careers who are dedicated to making a positive impact in our community and their workplaces. 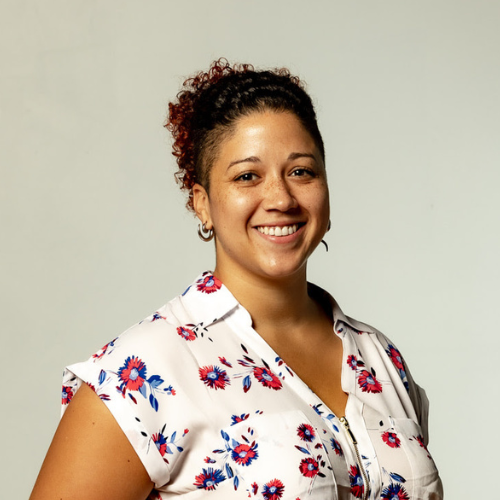 Jasmine was born and raised in Columbus, Ohio. She received a bachelor’s degree in history from Wake Forest University in North Carolina and a master’s degree from the Lyndon B. Johnson School of Public Affairs at the University of Texas at Austin.

Since returning to Columbus she has coached football at Northland High School and helped register over 20,000 people to vote. She is currently a member of the North Linden Area Commission and also serves as the Community Development Officer for the Community of Caring Development Foundation, the development arm of New Salem Baptist Church. Jasmine is now the director of Client Success at Cohear, a community engagement and strategy company where she connects decisionmakers with everyday experts. 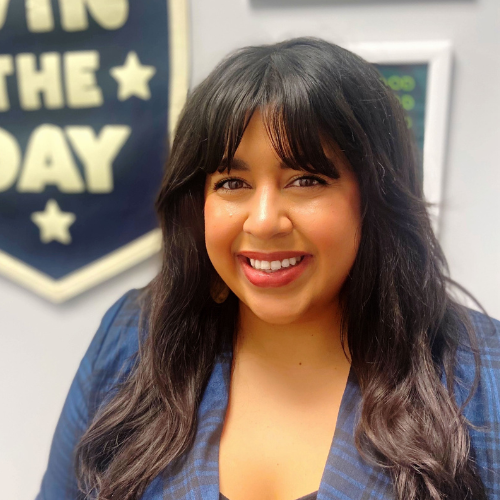 Stephanie is a Columbus native and has spent her career serving the community she loves and calls home. She currently lives in Old Town East and holds a BA in International Studies and a Master of Public Health from the Ohio State University.

As the director of civic engagement at Besa, a local nonprofit that engages people and businesses in transformational volunteer experiences that help meet community needs, she drives the volunteer strategy for the organization, oversees philanthropic partnerships with local companies, and helps rally thousands of volunteers each year.

She also serves as a mentor for the Latina Mentoring Academy and served as the Community Service Co-Chair for the Columbus Urban League Young Professionals. She is a graduate of the YWCA Leadership for Social Change and co-chaired the Events Committee of the first Latine/Hispanic Heritage Month Committee, helping to organize the city’s first-ever Latine art show curated by Latinas. 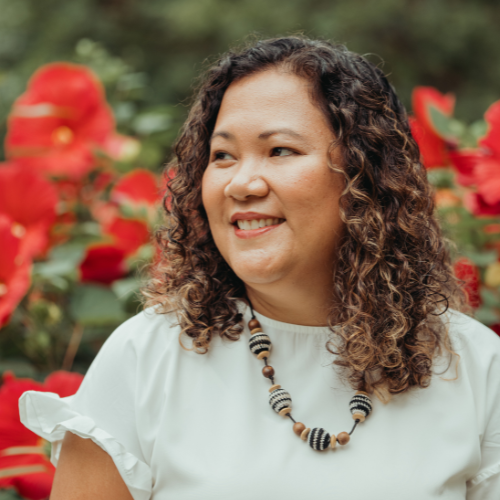 Jona is a founding member and the current co-director of OPAWL.

She was born in the Philippines and has lived in Columbus, Ohio since 2004. She holds a PhD in Molecular, Cellular and Developmental Biology from the Ohio State University.

OPAWL has changed Jona’s life and she’s grateful to be a part of it. She is committed to organizing Asian, Asian American and Pasifika women and non-binary people to collective action so we can bring about changes that allow our communities to flourish in Ohio. 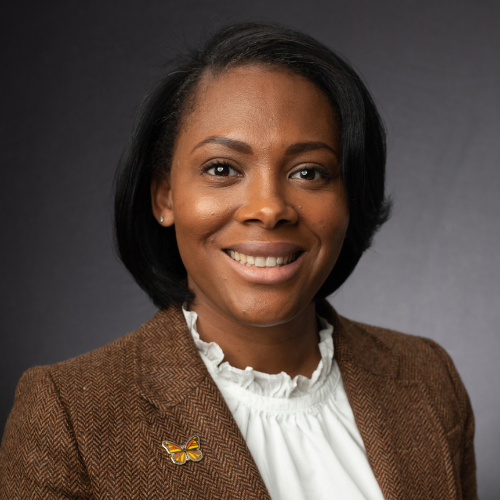 As a member of the Columbus Urban League’s executive leadership team, Jennifer creates space for collaboration and conversations that challenge the status quo. With a “win-win or no deal” mindset, Jennifer cultivates value-based partnerships.

Leveraging seven years of non-profit leadership experience, she provides guidance on program design, proposal creation, strategic partnerships, and agency-specific initiatives around program performance and strategy. In addition to serving as a strategic partner, Jennifer secures financial resources that enable teams to deliver on their promises to the community. 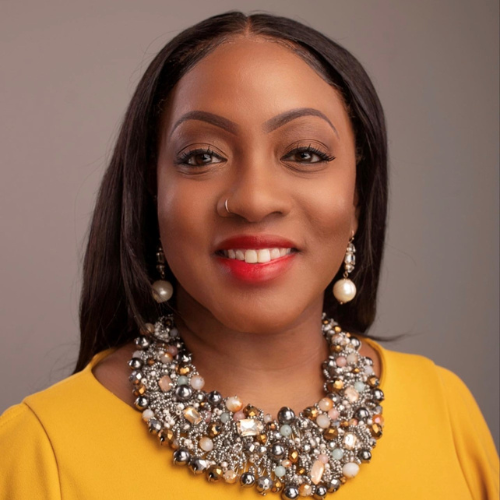 Director of the Office of Justice Policy & Programs, Franklin County

As a Restorative Practices Scholar, she is consistently persistent in solidifying opportunities which promote the importance of serving the needs of our community. In addition to her role as director for the Office of Justice Policy & Programs and CASA of Franklin County, Ruchelle lends her intellectual property to a myriad of national, state, and local committees to support justice-related projects with an emphasis on race equity, community health, and economic mobility. 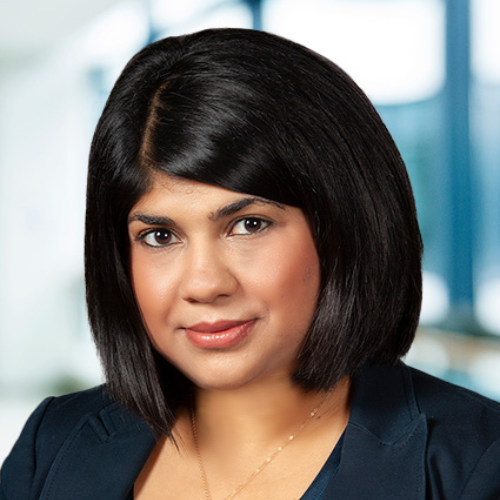 Anna is an associate at Vorys, Sater, Seymour and Pease LLP. Drawing on her previous experience as an administrative law judge at the Public Utilities Commission of Ohio and the Ohio Power Siting Board, Anna provides practical advice to clients on a wide range of utility and energy matters, including the development and permitting of solar farms and gas-fired electric generation plants in Ohio. Anna also has extensive experience in litigating matters before the Ohio Power Siting Board.

Anna is a first generation Indian-American and speaks, reads, and writes Bengali and Hindi.

Why Women of Achievement

As YWCA Columbus strives to create a more equitable society, we believe it’s important to acknowledge our accomplishments and celebrate our progress. Women of Achievement honors leaders in our community who motivate us with their example of determination, generosity, and courage.

Women of Achievement was fabulous! From the honorees (each of whom inspired and touched me- I was crying throughout!), the mission and message, and of course Angela! YWCA Columbus does a fantastic job on the program, the videos are done so well, and the presenters' messages and poise are amazing. I've been to many luncheons, and the Y does it best!

This was my first Women of Achievement, but I was in tears the whole time learning about all the women and how truly incredible they are.

The virtual style event was very well done, from the prerecorded content to the live commentary. It was engaging and inspiring (both of which can be tough to achieve over a screen)!

I've watched many virtual events over the last several months. This event, by far, was the best event I've seen… The format was awesome and I loved the table conversation with the honorees. 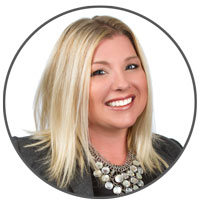 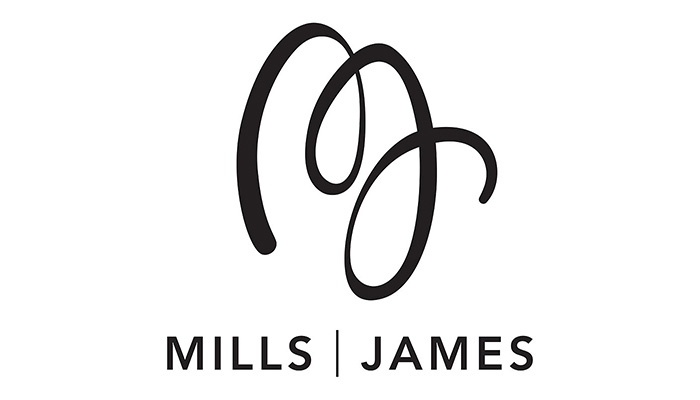 View photos from our 2022 event or watch the 2022 celebration here.